During his highly public struggle with the city of Philadelphia to save his iconic studio from seizure under Eminient Domain, artist James E. Dupree developed over 400 pieces of artwork. Now, these pieces are brought together in the exhibition Stolen Dreams in the Promise Zone at Stockton University Art Garage in Atlantic City. Renown composer, bassist and producer Jamaaladeen Tacuma provides a powerful musical rendition of the installation titled The Black Picasso & Goliath– Breaking it All the Way Down. Each of The Black Picasso & Goliath's three movements reach deep into the total experience of Dupree's battle, resulting in a composition that conveys turmoil, passion and the triumphant result. Tacuma's composition will be performed live on Friday August 28 from 6PM-8PM, is free and to the public.


James E. Dupree is an accomplished artist, educator, and business owner. Raised in between Philly and Pittsburgh, Dupree lived as a child just a few blocks from his Haverford Ave. studio. Among the first black graduates of the University of Pennsylvania MFA program, and a recent recipient of the UPenn Black Alumni Society's Living Legend Award, he is in many ways an example of the success of Philadelphia’s art institutions in addressing the city’s underprivileged communities. He attended free classes at Fleisher Art Memorial as a child, he later received a full scholarship at Columbus College of Art and Design, and went on to prominence via graduate school at Pennsylvania Academy of the Arts and the University of Pennsylvania. Dupree’s works are in the permanent collections of several museums, including the Philadelphia Museum of Art, the African American Museum in Philadelphia, and the Schomberg Museum in Copenhagen, as well as in private collections of the Dave Matthews Band and Patti LaBelle. He has been artist-in-residence at numerous cultural institutions including the National Museum of Wales and the Studio Museum of Harlem, and his sets for a Mummers Fancy Brigade club, the Shooting Stars, won them first place two years in a row and him the nickname of "King James". As an educator, he and his wife spent seven years running and teaching at the Community Voyage School for runaway children at 35th and Lancaster Ave., and Mr. Dupree also taught at the Prints in Progress after-school program at 3500 Lancaster in the CEC building. Dupree taught in higher education for many years at the University of the Arts and PAFA. Currently, in addition to the private instruction offered at Dupree Studios, you can take free figure painting classes with Dupree at Fleisher Art Memorial. Mr. Dupree has used his success as an artist to reinvest in the Philadelphia communities of his roots. There are many well-known examples of that investment, but one example that stands out is his studio in the Mantua neighborhood. His success is a product of the best Philadelphia art institutions, and he is an exemplary model of a Philadelphian investing back in his community. Part of his long term goals, his dream, has been to leave Dupree Studios as a pillar in the Mantua community. jamesdupree.com for his bio and more of his work. You can help produce and archive this historic and monumental collaboration of art and music,

You can help produce and archive this historic and monumental collaboration of art and music, click here to find out more 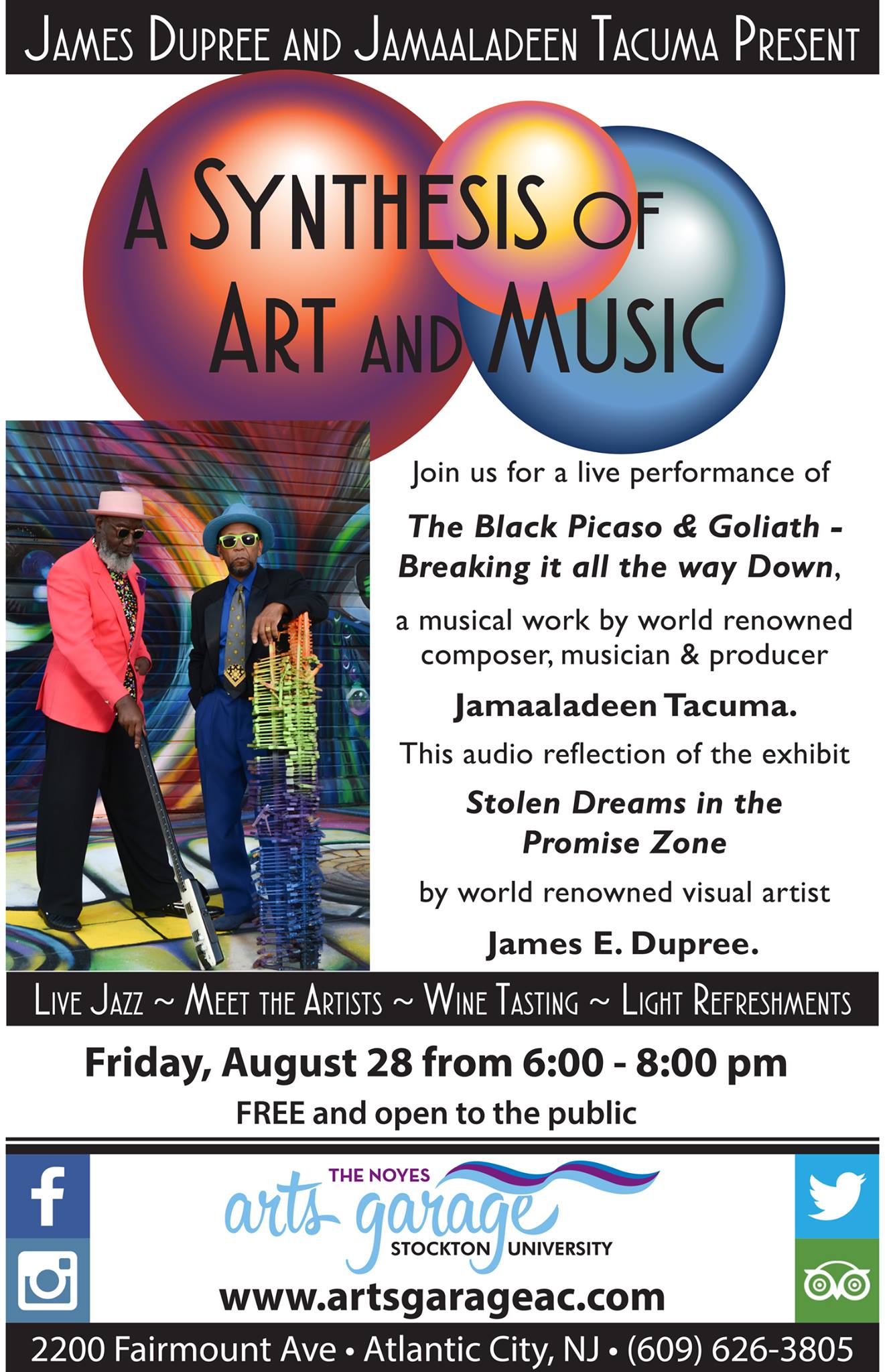